Every year I make resolutions for the new year and then I like to look back and see if I did any of them for more than 3 days. Let's see how 2014 went.

Ohhh that's right. I did so poorly in 2013 that I chose not to make any for 2014. Awesome plan, because now I can say I did NOT fail at keeping my New Year's Resolutions.

I felt a little lost last year without any resolutions to screw up. I think maybe I should look back and see what I actually accomplished in 2014 and then I'll make THOSE my resolutions.

1. Get Random House to publish People I Want to Punch in the Throat: Competitive Crafters, Drop Off Despots, and Other Suburban Scourges. Done!

2. Become a New York Times Bestseller. Boom! (I'm near the bottom, but I'm there! Thanks to everyone who bought a copy and got me on the list. You guys rock so freaking hard.)


3. Sign 2,000 bookplates for readers. I now have carpal tunnel syndrome, but it was worth it!


5. No more butt-wiping. Hallelujah! (I mean kids' butts, not mine. Mine still needs wiping and I will continue that trend through 2015.)

6. Become a Goodreads Choice Awards Finalist. Holy shit, I did it! (Thank you AGAIN for voting for me. Mwah.)

7. Read a shit ton of books. Hell yeah, I did. (Follow me on Goodreads so we can share.)

8. Get a celebrity to share a picture of my book. You betcha! 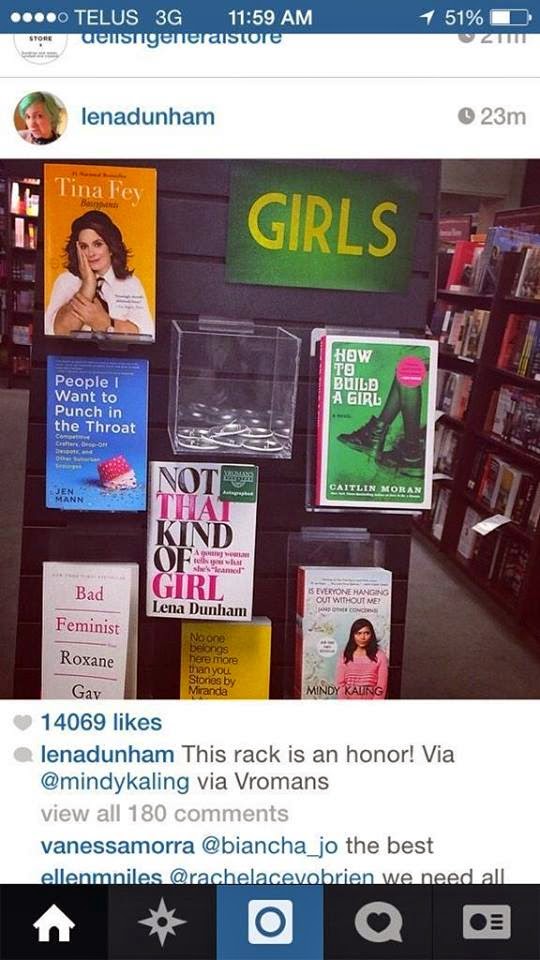 9. Start up yet another social media account to juggle and try to find something interesting to say and do on. Ugh. OK, OK! (I'm getting too old for this crap. I joined Instagram this year just so I could comment when Mindy Kaling and Lena Dunham shared a picture with my book cover. Now that I've joined, Instagram will probably go out of business.)

10. Finish Spending the Holidays with People I Want to Punch in the Throat. I'm trying! (It will be done this week.) 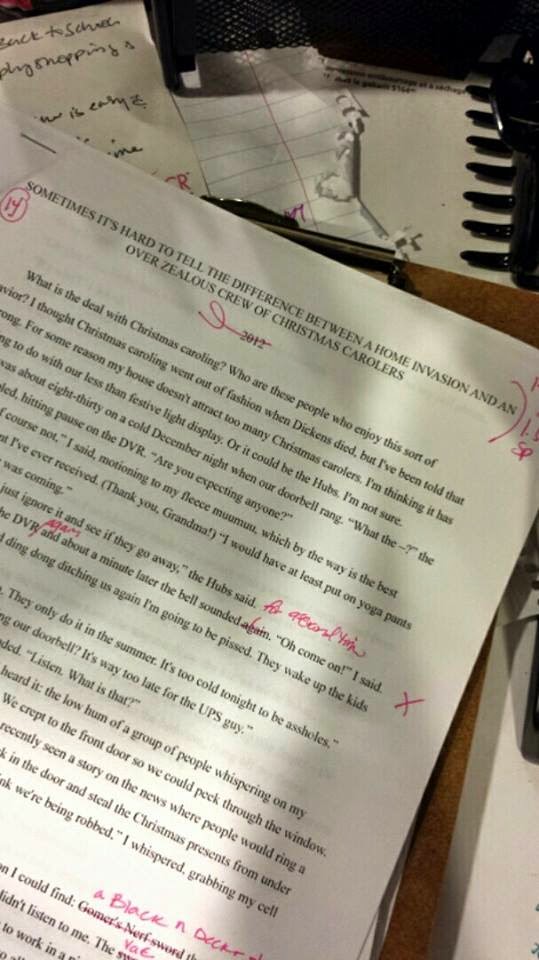 I know it looks like I accomplished a lot, but my house is still a disaster area, I haven't spoken to my friends in months, I barely shower, and my kids watched entirely too much television this year while mommy "worked on her computer." So, you know, give and take.

This Letter Stopped Me in My Tracks - Adolpha's teacher this year is amazeballs. She's whipped our lazy, grumbly kid into shape AND she gently, but kindly shamed the Hubs and I into being better parents with this letter that she sent home.

Am I the Only One Who Thinks This Christmas Song is Rapey? - Whoa. This was supposed to be kind of funny and ranty and many, many people got that, but some people just went cray-zee. Readers accused me of stealing this idea from others and that really pissed me off. Here's something you need to know, accusers: there are only so many topics in the world to write about. We ALL write about them, but we put our own stamp on that topic, thus making it ours. Unless you're finding whole sentences and paragraphs lifted from somewhere, don't accuse me of stealing ANYONE'S content, asshole.

Overachieving Elf on the Shelf Mommies - After three years (and countless other posts out there on the same topic), this is the Energizer Bunny of PIWTPITT blog posts. I am so grateful that anyone still wants to read this! This year I wrote an arrival letter for him.

8 Ways to Say F*ck You - This is definitely one of my favorites. I use "Namaste" on a daily basis now.

Designer Vaginas are a Thing Now - I suppose it was inevitable. We tuck and tighten everything else, it was only a matter of time before this trend worked its way south to my dehydrated honey pot.

The C-String - Wow. For someone who doesn't take care of my tired hooha, I write a lot about vaginas. And you guys really like to read about them.

I Got a C-String and It Looks Gooood! - See what I mean?? More vagina stuff.

The Best Hate Mail I Received -- This Week - I get a lot of hate mail, but this one was EPIC.

Thank you for continuing to read and support me!!!! I am living my dream and it is thanks to all of you. Have a great New Year!! XOXO Jen

OK, enough sappy stuff, how about me and my spirit animal? Consider this my Christmas picture. 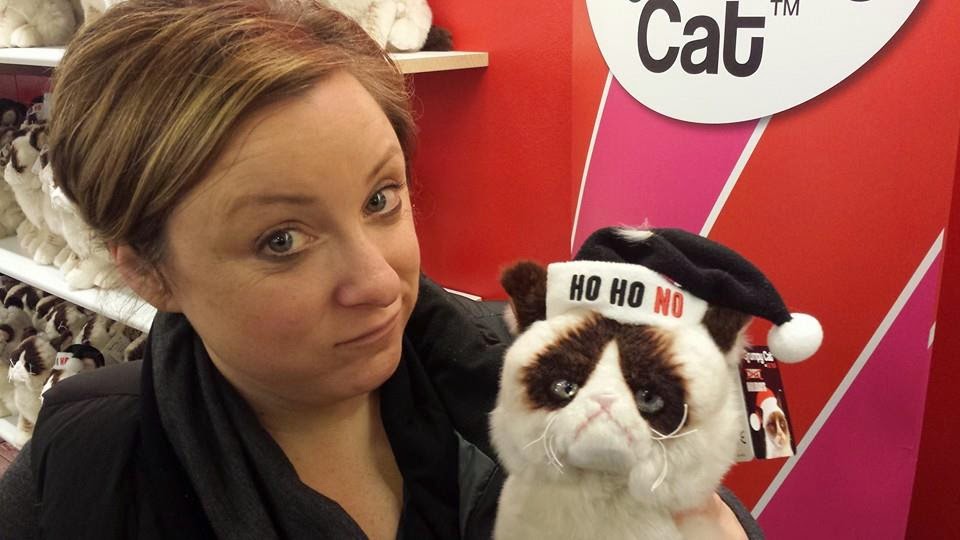 Jen, did you know that the Elf on the Shelf now has pets? We were fortunate (that was supposed to be a different f word, but you know auto correct) to receive Elf's newest pet reindeer for Christmas. Good grief now we have to support a pet too for this little f word??? I hid it alright, so good that Santa won't even find it, lol

Congrats on a very productive year. Mine pales in comparison but I think I might try for 'didn't die of alcohol poisoning because saturday morning drinking is amazing' next year!