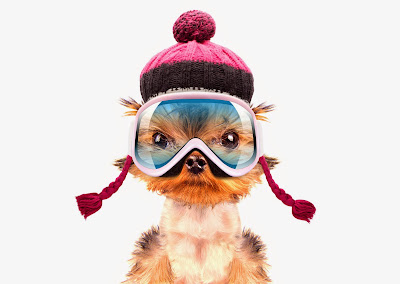 So far since I started this blog no one has outright flamed me and called me a jerk, but I think today might be that day.  I know many of you out there are dog lovers and I fully expect to hear from a couple of you.

Let me start by saying I've never had a dog.  I never even wanted a dog.  Once I dog-sat for my brother's dogs for a weekend and I thought I'd die from the pressure (because in those days, those dogs WERE his kids and I was terrified one was going to die on my watch).  I don't really like dogs.  I think they're cute and adorable and what not, but I also think they stink, they make a big mess and they're expensive.  I've already got two kids who are cute, adorable, stinky, make big messes and cost me a ton of money why in the world would I bring a dog into the mix??  Now that I've made that list I can see how people might think they're similar - but I don't.

MORE Rules for Parents of Daughters

I wrote a list of Rules for Parents of Daughters. It was something I wrote when my daughter was five and I was thinking about the future and what kind of rules I would have as she got older.

This list went gang busters and over the last two years it's been read a lot. There have been tons of comments on this list and many of the comments are even more rules. There were several gems in there and I wanted to share them with you. Thanks to everyone who left me a comment! 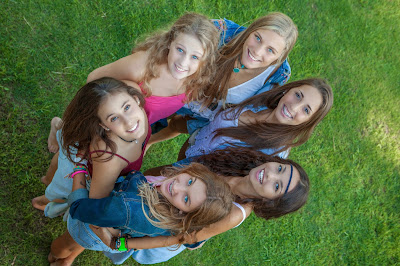 Email ThisBlogThis!Share to TwitterShare to FacebookShare to Pinterest
Labels: parents of daughters, rules for daughters

Getting to Know You is Like Looking in a Mirror

Do you follow me on Facebook or Twitter? Well, if you do then you'll know that my friend, Tara, over at You Know it Happens at Your House Too asked her readers a question. It made me think I should ask my readers a question too. I couldn't think of one that was better than YKIHAYHT's so I just stole hers instead.

The question was I want to know something strange about you. Something that bothers you, a strange talent, whatever. I'll go first.

I said I wasn't crazy about feet. Bare feet freak me out and gross me out. I think they're stinky (even if they're fresh from a shower) and gross. I especially don't like people with finger-like toes. I refer to those as "monkey toes". Both the Hubs and Adolpha have monkey toes. I have nubby toes. My littlest toe doesn't even bend it's so bitty - it's really just a nub. I don't know what purpose it could possibly serve, other than to give the Hubs one more body part of mine to make fun of, but at least it isn't a monkey toe.
I put it out there and quickly found out that I am not alone in my foot aversion. So many people chimed in about their hatred of feet as well. One reader even mentioned attending a party where a man put his bare feet on a sofa table next to the party dip. I practically yakked on that one.

After reading the 900 or so comments I started noticing that we are all very similar (and we're a bunch of freaks - but in a good way). So many of the same topics came up time and time again.

Email ThisBlogThis!Share to TwitterShare to FacebookShare to Pinterest
Labels: words that people hate

OK, so I'm not a beauty blogger, but I feel like one! Yesterday I appealed to my Facebook friends to help me understand makeup better. I see women my age with flawless skin and bright eyes and one chin and I want to know how they do it.