Just Because Kids Are Physically Ready, It Doesn't Always Mean They're Ready 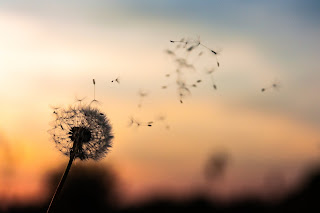 This week I dropped off Gomer for his first day of high school.

I think he was in kindergarten when I started this blog, so I can't even right now. This raising teen stuff is hard. I'll take potty-training any day of the week, please.

Gomer used to be my kid who would come home from school and tell me allllll about his day. "I did this and then I did that and oh, Mom, guess what else?"

Now, I get the usual teenager "Yup," "Nope," and eyeroll.

That doesn't stop me from talking to him, though. If we're sharing space, I'm trying to impart just a bit more wisdom on him because, as of today, I only have four short years until I turn him over to the world and expect him to fend for himself.

High school brings on a whole new slew of challenges for us. He's older and wants more freedom and more privacy and yet, he's a kid and kids make bad choices and need boundaries and guidance. It's a struggle to find that balance between being that parent who wants to help with every decision and letting him go and trusting he's ready.

For instance, Gomer's fourteen now and in this state, that means he can drive.

I noticed a lot of parents pushing their kids to get their permits this summer. "I can't wait until they can drive!" some would exclaim.

I never felt that way. The idea of my kid driving terrifies me a bit.

We don't need Gomer to drive, because the Hubs and I are lucky because we both work from home and we have fairly flexible schedules. We can almost always get our kids where they need to be and if we run into trouble, grandma and grandpa live right down the street and will pitch in.

Gomer's old for his grade and he's been fourteen since the beginning of eighth grade. Driving in eighth grade seemed incredibly young to us, so we didn't push him to get his permit right away. Between school work and activities, it felt like it was a busy time and we all agreed he'd wait until summer.

But then summer came and Gomer still wasn't interested. By summer lots of his friends were wheeling around town in their parent's cars. Some even had vehicles of their own. But, still, Gomer wasn't interested.

Finally, it was two days before the end of the summer and I pushed him on the matter. "Listen, I don't know what you're planning, but you're not skipping school to go take your driver's test," I said.

"The DMV isn't open on the weekends or nights. If we don't go today, you'll have to wait to get your permit over Christmas break. Are you ready to wait that long?"

I was surprised. Is he just being lazy? I thought. Does he think I'm his personal chauffeur or something?

Yes, Gomer is legally old enough to get behind the wheel of a car. Yes, he can see over the steering wheel and reach the pedals. Yes, he knows the fundamentals of turning on a car, what the gas and the brake do, and using his blinker to change lanes. But he's also completely self-aware of what he can and can't do right now and mentally, he's not ready to drive.

And that's okay. I'm so glad he understood that yes, he's physically able to drive, but he doesn't feel mature enough yet. I'm so glad he recognized that in himself. I'm also glad he spoke up rather than allowing us to push him into a situation where "failing" could mean causing his or someone else's death.

Over the years I've tried to talk to my kids about all the tough subjects and empower them to make good choices and sometimes when they do finally listen to me and do what I've taught them to do, it takes me a bit to recognize that. This was one of those times.

Gomer listened to himself and trusted himself. He didn't bow to the pressures from us or from his friends or other parents constantly asking him if he was driving yet. He recognized his limitations and made a decision to wait and not be swayed by the opinions of everyone else. That's all I can ask from him. This helps me loosen my hold on him a bit. To reassure me that yes, he's getting closer to flying the nest but he'll be okay. I can't stop talking to him, because now I see that when I think he's not listening, he's listening. He's hearing us. He's absorbing what we're teaching him and he's learning. The weird thing too, is that he doesn't feel mature enough to drive and yet, that was one of the most mature decisions he's made over the years.

I don't know when he'll feel ready. I'll leave it up to him to tell me when he's ready.

Do I look forward to driving him for another two years? Right now I say, Yes! I'm looking forward to it because our best talks are in the car! However, if you ask me again after driving him everywhere for the next two years, I bet my answer will be different!

Hi - love your style of writing. How nice that some of the things we say to them sink in! I'm shocked and amazed that kids are allowed to drive at 14! (They are allowed to start at 16 here with "graduated" abilities and restrictions). If you think it's tough having them start highschool - wait until they go off to college or university. Then they don't come home at night. The grunts and one syllable responses are normal. -Jenn

Well look at that! You raised a good human that actually listened to you all those years. Good for Gomer. Emma was never ready. She’s 19 and still doesn’t have her license.

I remember it driving people CRAZY that I wasn't ready for milestones on society's timetable (very slightly autistic kid, so I was a complete and total late bloomer).

I am SO THANKFUL that my father and grandmothers drummed it into my head that I should do things when *I* felt ready, not when everyone else acted ready or when society said I should.

The only two things I did on anyone else's timetable were move out/go to college (there was a huge belief back in the '90s that you would either do it at 18 or not at all) and become sexually active (I did that one to myself, entirely, by getting obsessed about being "normal enough").

I regret them both. I very nearly crashed and burned getting out on my own, and ended up with a liberal arts BA (with honors) that I use for an "MRS" and an "MOM". At 41, NOW I know that (1) I needed to stay home until I had my anxiety under control and my executive function skills had had a few more years to mature, and (2) what I probably really wanted to be was a plumber and electrician. Oh well-- maybe it's not too late.

I ended up with a pretty good guy in the end, but we were way too young (he was barely 18, I was not quite 21) and took things waaaayyyy too fast (friends to dating to living together in under 60 days). And the two guys I slept with before him were, to put it bluntly, a clinical narcissist and a psychopathic incel. Real peaches, man. SO THANKFUL I didn't get knocked up and stuck with one or the other of them...

Oooohhhh I loved this one. Because, yeah. They are listening even when they act like they're not. And I'm so glad he's aware of his limitations--not every 14yo is.

It's so great that he had the maturity to correctly identify what he was and wasn't ready for!

You are a great mom Jen and it appears you are raising two great kids. Keep up the good work. So many people complain about "kids today" and they never realize that most of the problems with those kids can be traced to piss poor parenting. There is no manual when it comes to being a parent even with all of the books on the subject we have to learn and make our own way. You and your husband seem to be doing just fine. Thank you for bringing a little ray of hope into my life for the future.