Is This "Shocking" Cheating Scandal Such a Shock? 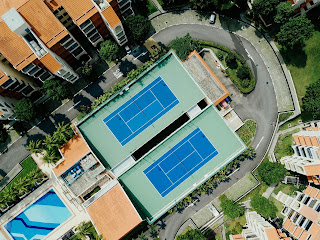 So, I'm sure you've heard by now that several wealthy, privileged assholes paid thousands of dollars to get their kids into elite universities. The news has been covering the story breathlessly and my social media feed is full of people yelling, "What about the children?"

What about the children?

This is exactly what these children have been taught to expect their entire lives. They've been raised in an environment where everything has been handed to them on a platter. They've never had to work for a thing in their lives. I bet if we go back far enough, we'd find their applications to preschool were faked too. They've been coddled and coached into being the perfect accessory for their wealthy parents to trot out and brag about. These kids never had a chance to be normal kids. Their parents made sure of that. But instead of actually encouraging their kids to work hard or hiring tutors to help fill in the gaps, they just wrote checks and falsified documents.

Because it's never about the kids. It's always about the parents. And the SHAME they would feel if they raised average kids. So of course, Mommy and Daddy paid someone thousands of dollars to take the ACT for Buttercup and Butch. Of course, Daddy and Mommy falsified documents claiming skills their precious pumpkins didn't actually possess. They HAD to. Can you imagine the embarrassment Mommy and Daddy would have felt if their friends found out Butch was attending (gasp) community college and Buttercup was considering (the horror) cosmetology school? Even a state school would be social suicide!

Walk through any college campus and you'll see buildings with certain family names on them and then, lo and behold, their children and grandchildren also attend that university! What a coincidence that everyone in that family was smart enough to get in on their own merit! Hmm, I bet if we pulled some of those transcripts, SOME of those folks have grades that are not that great. Legacy students have been a thing for a long time and now some of the new money folks want in too. They want to start their own legacies, but they can't afford a library, so they go this route. For some reason, we think the Aunt Becky route is worse than the legacy route. Why is that?

The system is rigged, folks. ALL the systems. Not just the education one. I've seen the super-rich jump every single line you can think of: jobs, medical care, schools, lunch, all of them. There is no wait list when you're super-rich. The nepotism and the favoritism are rampant. It's like George Carlin said, "It's a big club and you ain't in it."

Yesterday when the news broke I was with my 95-year-old grandmother. She was SHOOK. She was mainlining Fox News's wailing and gnashing of teeth and it was practically sending her over the edge. My poor, naive Grandma just couldn't believe that such treachery was happening in our beautiful God-fearing country. She couldn't understand how deep and wide the tentacles of deception spread. "How high do you think it goes?" she asked.

"Oh, I think it goes pretty high," I said. "This has been going on forever, Grandma. I'm just surprised they're finally cracking down, but I'd like to see some of the big families go down too. In some ways, these people are small potatoes."

"Oh, Jenni, I feel sick," Grandma sighed. She was quiet for a minute and then she sort of snapped out of it and said, "Well, at least there's one place they can't buy their way into."

I snorted. "Oh, I'm sure they'll figure out a way, Grandma."


PS - The Hubs actually went to USC and he's really glad he went 25 years ago when he could still get in based on his scores, because his parents didn't have $500,000.


I have a new book out! If you're a writer looking for a kick in the ass and some advice to either get started, or take things to the next level, this is the book for you! How I F*cking Did It! is now available.

You're so right...it goes all the way to the top. There's a reason why Cohen was instructed to threaten all of tRump's previous schools not to release his transcripts or SAT scores. This is an excellent article on the topic, if you haven't read it yet: https://www.cnn.com/2019/03/13/politics/college-scam-inequality-us/index.html