Interview with Nikki From Moms Who Drink and Swear

Today I'm interviewing Nikki from Moms Who Drink and Swear. Nikki is one of the funniest, craziest, silliest, and kindest people I know. She wrote an essay for the new anthology I Just Want to Be Alone. It's called "BJs, Ball Punches, and Mayonnaise." It's one you won't want to read with anything in your mouth, because you will spit it out. 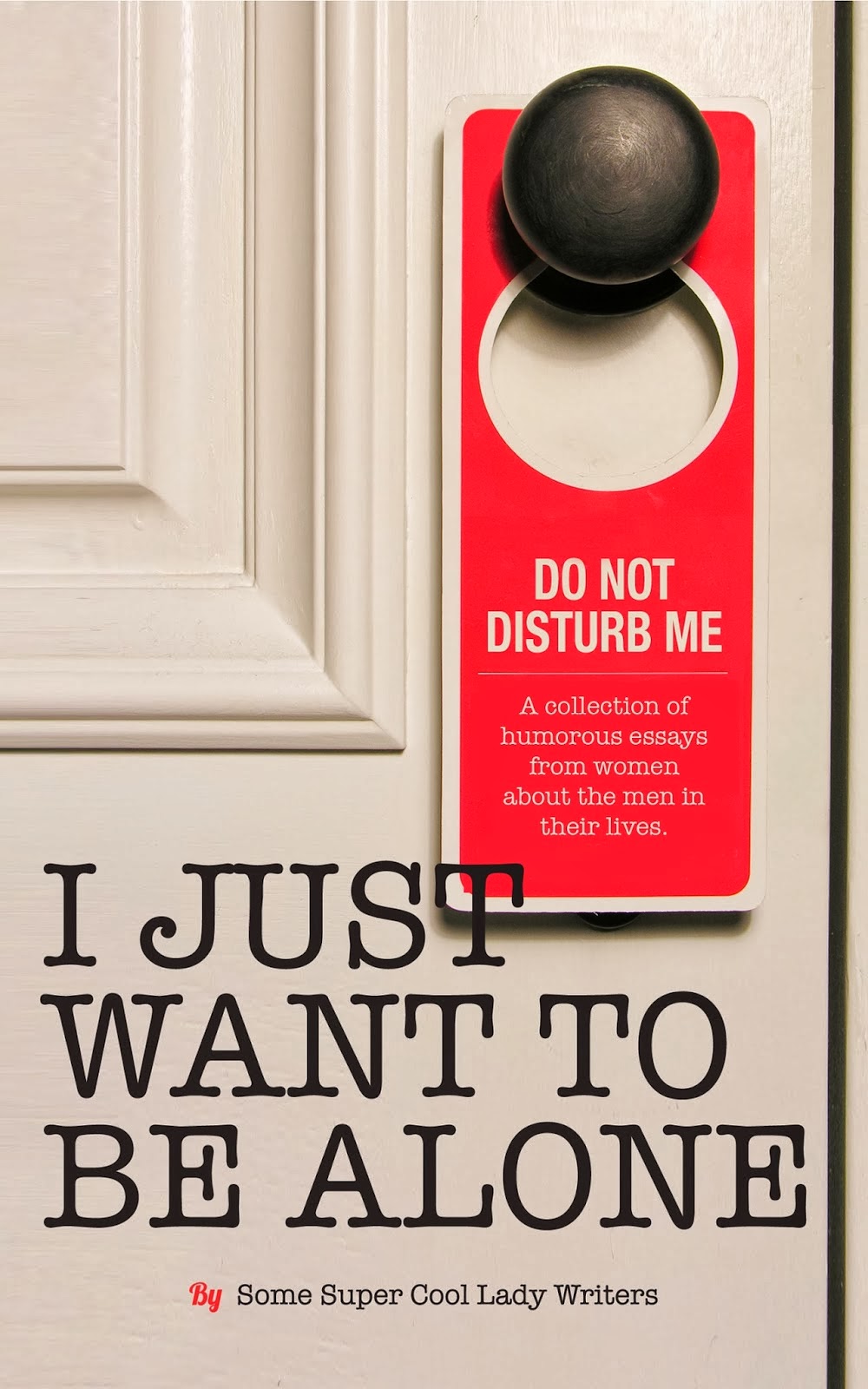 I'm not a journalist by trade (shocking, I know), so I realized that interviewing someone is really hard. I decided to avoid all of the usual author interview questions like, “Nikki, tell us an amusing story about marketing your books. Anything chuckle-worthy you'd like to share?”

Instead, I had an IM chat with her and asked the questions I really want to know:
PIWTPITT: Hi Nikki, thanks for joining me tonight. Hang on a sec, K? I'm Googling interview questions right now because I'm a terrible reporter. Crap, I can't find anything good. How about this one: do you like mayonnaise?

MWDAS: Does a bear shit in the woods? Hells yes I do. I like it mixed with sour cream and capers and cilantro and chicken and lemon juice. OMG. So tasty.

PIWTPITT: Hold up. Is that an actual recipe? Can you give me the quantities or whatever of what I need to make this dip? It's a dip, right?? Can you tell I never cook?

MWDAS: No. It's Chicken salad. Cook four to five large boneless (I said bone), skinless chicken breasts. Cool and cube. Mix one cup or mayo (real, not bullshit light) and one cup of sour cream with a 1/8 cup of capers, fresh cilantro to taste, 1tsp. lemon juice, salt and pepper to taste as well. If you want, you can sautee minced onions and celery in butter or olive oil to add a bit of texture. It's tits, Yo!

PIWTPITT: An 1/8 a cup of capers? WTF? Do you have a measuring cup that measures an 1/8 of a cup? Are you a food blogger? I'll just eyeball that shit. Also, Pinterest is going to blow us up because we just put a recipe in here. We're going to get so many hits!! Quick, take a beautifully lit picture of your chicken salad and I'll Picmonkey us a graphic to go with it. Nah nevermind, I can't figure out which fonts look best together. Next question: If you could throw a parade for anything, what would it be?

MWDAS: A parade? Well, I very much enjoy a good parade. I like being IN a parade and watching a parade. Shit, there really should be more fucking parades. Why aren't there more parades?

PIWTPITT: Chicago should throw you a parade. It's the least they could do.

MWDAS: WHY WHY WHY? There should be more parades. You know who should throw me a parade? My husband..

PIWTPITT: Yes he should. That's totally true. You are a good wife who provides mayonnaise and BJs and he should recognize that with a marching band and confetti.

MWDAS: He should make a bitchen parade float using the fucking lawnmower and dress himself up as a clown and throw dark chocolate at me while mowing the goddamn lawn

PIWTPITT: If you could be a box of cereal, what kind of cereal would you be?

PIWTPITT: I'm a tough reporter. I ask the hard questions. Obama and Putin are terrified to sit down with me. I'm pretty sure it's the cereal question that makes them say "No way" and "Nyet."

MWDAS: You would blow Obama's mind. I'd be like, "How'd you get Michelle, because seriously, she's the shit and you are, well, let's face it, Barack – average."

PIWTPITT: Oh Barack. Let's just have Hillary and Michelle in 2016, because bitches get stuff done.

MWDAS: Ohh! I thought of my cereal. Frosted fucking Flakes. They're grrrrrreat!

PIWTPITT: Alright, are you ready for another hard hitting question? Why are tennis balls fuzzy?

MWDAS: Tennis balls are fuzzy so that people don't stick them up their asses.

PIWTPITT: Uhh … I didn't realize that was a problem.

MWDAS: And also so that we can use them in the dryer instead of fabric softener. True story.

PIWTPITT: OK, let's talk about the book. Your story in I Just Want to Be Alone is a very funny exchange between you and your husband regarding blow jobs, mayonnaise, and threats to punch him in his balls. Very romantic, by the way, as well as hilarious. Who do you think is funnier: you or your husband?

PIWTPITT: Follow up question (reporters do those a lot): Who do your kids think is funnier?

MWDAS: I asked the kids and Zach said, "Is this a rhetorical question?" Cate said, "If I say the you are, what do I get?"

MWDAS: Zach is hands down the funniest person I have ever met, but he knows it. He's clever, always ON. Cate is funny, but unintentionally so. I think she gives us the most laughs on a regular basis.

PIWTPITT: Last question: You are the woman behind Moms Who Drink and Swear, so I have to ask: What is your favorite drink and your favorite swear word?

MWDAS: My favorite drink is actually not an alcoholic drink. I love Coca-Cola. I'd marry it. I try to keep my consumption to one can a week. Favorite alcoholic drink? Grey Goose martini - dirty as fuck with blue cheese olives.

PIWTPITT: Oh my God, I'm addicted to Coca-Cola. You can't marry it, because I'm already sleeping with it. Coca-Cola should totally put us both in a commercial. We would be just as cute as those polar bears if not cuter.

MWDAS: Cuter than the polar bears. And much cuddlier.

PIWTPITT: Way cuter. (Are you listening, Coca-Cola? Cuter and cuddlier than polar bears.) OK, what about your favorite swear word?

PIWTPITT: I see what you did there. Do you like “Go suck a bag of dicks?” I reserve that one for special occasions like Christmas and birthdays.

MWDAS: I very much enjoy telling people to suck a bag of dicks, especially in traffic or busy parking lots. Parking lots are the worst. You know how I know that I'm not totally crazy? Because I am able to refrain from mowing down stupid motherfuckers in parking lots.

I think we'll end on that note! Thanks for stopping by Nikki and answering my hard hitting journalist type questions.

Our book, I Just Want to Be Alone, is available for preorder on Amazon and iTunes - get your copy today. While you're there, pick up a copy of Nikki's book Moms Who Drink and Swear: True Tales of Loving My Kids While Losing My Mind.

Email ThisBlogThis!Share to TwitterShare to FacebookShare to Pinterest
Labels: I Just to Be Alone, interview with Nikki, Moms Who Drink and Swear interview, throat punch

I got to hang with Nikki during BlogHer and we touched boobs and stuff. I love her, duh, BUT when she said her fave drink was a "Grey Goose martini, dirty as fuck with blue cheese olives" I nearly shat my pantaloons because that is MY fave, too. This interview was very enlightening, Jen. I love you both.

Word of advice, don't eat oatmeal whilst reading this post. I seriously almost choked and spit all over my computer. Funny shit!

The swear word bits were the best!

I'd give my left testicle - hell BOTH of them - to party with you two bitches. If I had balls, that is. I'm sure I can come up with a pair somewhere......uh, anyway that is some seriously funny shit! Oh what fun it would be! Totes!

Coke is definitely the shizznit, but she's a bitch and she's all mine. Especially after some Capt Morgan gets inside her...sometimes sloppy seconds are A-ok!

It shocked the fuck out of me that you two rolled straight into recipes, but that's my favorite thing about both of you. Not your recipes, I mean that you surprise me on the regular. Keep it up. Hanna, you and your spellcaster can suck a bag of dicks.

BA!!!!!! Laughing my ass off. You guys are hysterical.

I can honestly say I've never read a better interview that included a recipe and the phrase "a bag of dicks." I'm pretty grateful the dicks weren't part of the recipe, too. Great interview! Bitchassfuckface. Sorry, I felt like my comment was missing something. 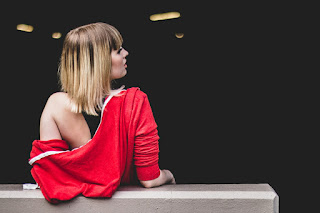