For My Friend Courtney

WARNING: This is NOT a funny post. I am not in a funny mood tonight. I am sad and angry and frustrated. If you're not interested in that, then check back another day. If you don't mind listening to me cry a little, then read on.

Yesterday I changed my profile picture to this: 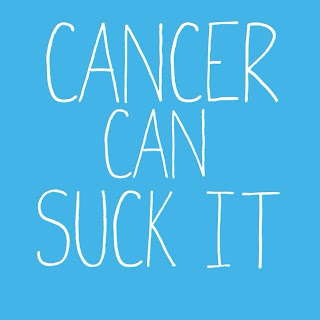 I did this in honor of my friend Courtney who blogs at Our Small Moments.

This week Courtney had to endure the untimely loss of Scott - her best friend, her soul mate, her husband, the father of her young children - to cancer. He was just 34 years old. 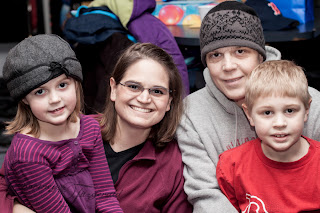 This week Courtney became a widow and a single mother in the blink of an eye.

Courtney is one of the kindest and strongest people I have ever known. While Scott had his treatments far from home, Courtney had to continue working full time and caring for their children. Never once did Courtney's optimism waver. She was Scott's most faithful supporter and Scott tried so hard to recover for his family. Although their time together was short, the love they shared was amazing and inspiring.

I know it doesn't sound like it, but I have never met Courtney in real life. We are "bloggy friends" and yet I feel closer to Courtney than some people I see all the time. We were both lucky enough to find ourselves included in a group of generous women who support one another through the highs and lows in our lives - online and off. Besides blogging, we've been there for one another through pregnancies, new babies, house sales, illness, and loss. We have weathered Scott's illness together.

We're scattered across the country and we've tried our best to be there for Courtney as much as we can. But all we want tonight is to be with Courtney. To hug her and hold her hand and cry with her. We want to hug her sweet little children and tell them it's going to be alright. But we can't. Because we're just so damn far away.

Ever since we heard the news, we've been putting ourselves in Courtney's place. We've been asking ourselves, "Can you imagine the sadness, the fear, the anger, and the heartache Courtney must be feeling now?"

I can't even guess and yet I'm sitting here crying as I write this because that's all I can think about. I think about her kids who are so close in age to mine and I think about Courtney trying to explain to them why their dad is no longer with them. Why he can't be at another soccer game or ballet recital. Why he'll never tuck them into bed again. I think about Courtney and how she must go on alone now, without her best friend by her side. I think about how empty Courtney's bed must feel without Scott beside her. How quiet her house must be without his company. I think about the overwhelming tasks that she must accomplish in the next few days. It would be all I could do not to curl into a ball and try to escape.

We felt so useless and powerless to help our friend. Our group went back and forth with ideas to help Courtney (send her meals, send flowers, etc.) and then we heard about a real need she has. Something we could actually help her with. A burden we could actually lift no matter where we were.

As you know, cancer isn't cheap. Scott battled cancer for almost a year and the bills have mounted very high. Courtney is a single mom now with one salary. We know that many of her friends and family who live close by will take care of food and help her with her children and will be there to listen, but those medical bills will loom over her for months or years even. We realized that we were in the perfect position to help her alleviate those bills.

That's why we started a fundraiser at Give Forward. All of the money we raise will go to pay the medical bills that were accrued during Scott's illness. We're sharing it with our readers, because we know that many of you have been touched by cancer and by loss and you know exactly how Courtney is feeling tonight.

We would hope that you would feel moved to help Courtney and her children. Help her sleep better at night knowing that the medical bills aren't closing in on her. It doesn't have to be a big donation, every little bit counts and is so appreciated. And if you're in a position where you can't donate we understand. Courtney is a praying person and I know she'd be grateful for a prayer for her and her beautiful children. 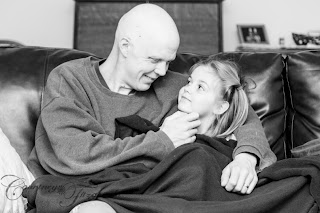 This just breaks my heart. I will say a prayer for her and the family.

My prayers are with her and her family. And thank you for reminding me not to bitch so much today about my stupid, shitty problems.

Such a sad story. As a cancer survivor, this really hits home. Did the family not have medical insurance? It's stories like these (and my own) that convince me that we definitely need single-payer healthcare in this country. The last thing this poor family needs is more medical bills. I gave what I could.

What a beautiful photo and family. Prayers to all of them. Amazing how others can heartache can give you perspective.

I'm happy to help. Thank you for sharing this opportunity to support this family.

Can we send gift cards anywhere to help with groceries or anything for the kids?

My mother-in-law died this week of brain cancer. I am making a donation for Courtney in her honor.

I just can't even imagine what this family is going through and how they will go on without him. I never want to find out. It really puts things in perspective. No snark punches today, only love. :)

That is so incredibly sad. She is lucky to have friends like you who love her so much.

So sad... Thanks for sharing.

I see how many of your readers have already shared this, how far this gift for Courtney will go. xoxo

The Dose of Reality said...

A beautiful post in every way. Our hearts are heavy for Courtney and her family. May she know that the arms of the entire internet are around her.-The Dose Girls

Such a sweet family. My heart has been so heavy for them this week. Cancer is so fucking unfair. I will donate and pray for her and her kids. Love and Hugs, Devan

Your words are perfect. And I am so grateful that your readers are oh so generous. When it is all said and done, the internet is a wonderful place. Ellen

I've said it before and I'll say it again: You're a rockstar. Thank you for this. xo.

Perfectly said. We rally around her the only way we can. Friendship.

This is perfect, Jen. My husband is traveling for work this week and I hate sleeping alone. I keep thinking of Courtney and how Scott's side of the bed is now always empty. It really makes me physically ache.

I know PIWTPITT fans rock and many will be moved to help Courtney monetarily and with prayer. Thank you for doing this. xo

Put that "Cancer can Suck it" on a tee shirt and sell it- it would be a top seller in no time. I don't swear much if at all on my blog, Sadie's Gathering, cause I usually have 2 little girls reading regularly over my shoulder. The big C is another matter. I have lost friends and family, and they've lost parents, siblings, friends and young children. THIS IS NOT TO SAY THE FOLLOWING ARE NOT IMPORTANT BECAUSE MARRIAGE EQUALITY AND WOMEN'S RIGHTS ARE FUNDAMENTAL- however, it makes me mad as hell that these fundamental things are still being debated. Only 24 hrs a day. Keep your nose out of my privates unless you are making me happy, and let people marry who they love. DONE. THEN: everyone get it together and conquer the big C, AIDS, homelessness, hunger and other diseases. Then it will be on Earth as it is in Heaven, or wherever, or just a nice time while we have it.

I am so proud of my friends who are rallying around their friend. I don't know Courtney, but she and her family have been on my mind and in my prayers lately, and I'm glad there is a place for us to offer some monetary support.

So many bloggie friends I have begun to call "friend" - because despite the lack of setting eyes on them, they are dear to me. When they ache, I ache, when they rejoice, I rejoice.

I am so sorry for Courtney and her family.

I can send love and prayers her way. We are still stumbling with our bills from losing our daughter to a childhood cancer 10.5 months ago.

Becca, I am so sorry for your loss. Losing my husband would be painful, but losing a child would be unbearable. xoxo

Jen, this was a perfect post. You did such a service to her strength.

This is perfect Jen, I'm so grateful for all of you and I hope Courtney knows just how much we love and admire her.

Absolutely beautiful, Jen. I am so grateful to be part of this amazing group of blogging friends. Thank you for writing such a stunning tribute.